The word yoga comes from the Sanskrit yuj, which means ‘yoke’ or ‘union’. Practising the postures and breathing with awareness develops harmony, unifying the mind, body and spirit, and helping us to realise our nature. When asked to describe his teaching, B.K.S. Iyengar told Yoga Journal: 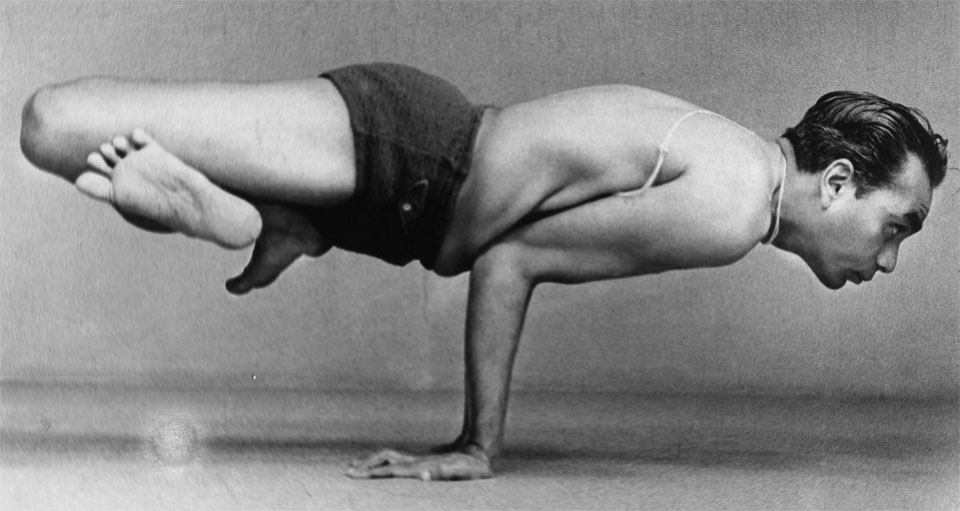 Patanjali lived in India over 2,200 years ago. A sage and a scholar, he wrote classical texts on Sanskrit grammar and medicine, as well as his Yoga Sutras, the first written statement of yogic philosophy. Before that, yoga followed an oral tradition, passed on personally from teacher to student.

The Yoga Sutras of Patanjali
In 196 succinct aphorisms, Patanjali’s Yoga Sutras describe the working of the mind and emotions, and the path to fulfilment. In the first chapter yoga is defined as “the stilling of the fluctuations of the mind”. This famous phrase encapsulates both the practice and the ultimate aim of yoga: the means are just as important as this end.

Patanjali defines these means as the ‘eight limbs’ (astanga) or stages of yoga. Though his eightfold path is sequential, its limbs are seamlessly interwoven. The first two, yama and niyama, offer guidance on personal conduct, both in relation to others and towards oneself. In total, there are ten precepts for living ethically, with potentially transformative effects.

The next two components, asana and pranayama, are the physical practices taught at the Institute: yoga postures and control of the breath. Together, they provide a vehicle for more internal work. The other four stages comprise this inner quest. Through withdrawal of the senses (pratyahara) and concentration (dharana), sustained meditation (dhyana) engenders a state of samadhi, which is variously defined as freedom, self-realisation and enlightenment.

To B.K.S. Iyengar, yoga is “meditation in action”. His teaching combines all eight elements in asana practice, which helps us explore and experience the rest. This brings us back into contact with the outside world, awakened by the basic understanding that everything and everyone are interconnected.

“You have to create love and affection for your body, for what it can do for you,” Mr Iyengar says. “Love must be incarnated in the smallest pore of the skin, the smallest cell of the body, to make them intelligent so they can collaborate with all the other ones, in the big republic of the body. This love must radiate from you to others. Practitioners of the asanas alone often forget that yoga is for cultivating the head and the heart.”

The above quotation is taken from Light on Life, a personal exploration of yoga philosophy. If you’d like to read further, there are thousands of books on the subject, from ancient texts to modern commentaries. Light on the Yoga Sutras of Patanjali is another helpful starting point.

Previous: Yoga is philosophy in physical form, says a philosophy of mind professor
Next: A Quick Guide to Hatha Yoga Philosophy