Major Locations for Yoga : Rishikesh (Uttranchal), Haridwar (Uttranchal), Gaya (Bihar), Kerala, Chennai (Tamil Nadu).
Time : Any time of the year. The International Yoga Festival is organised every year from 2nd to 7th of February by the UP Tourism. 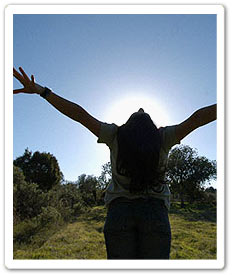 Yoga is the Sanskrit term for Union. Many people believes that, the term Yoga refers to union between body and mind or body, mind and spirit, but, the traditional acceptance is the union between the Jivatman and Paramatman that is between one’s individual consciousness and the Universal Consciousness. Therefore, Yoga refers to a certain state of consciousness as well as to methods that help one reach that goal or state of union with the divine.

Origin of Yoga
Yoga was propounded by the ancient Indian sage Patanjali and is derived from the Sanskrit word ‘Yog’ which means ‘union,’ presumably union with the divine being or God. It is a secular and scientific methodology to experience the integration of the body-mind-soul.

The Need of Yoga
Amidst the stress of the regular activities our mind craves for peace and tranquility. To uplift ourselves physically, mentally and spiritually, most of the time we walk at the seashore or gaze at the soothing sunrise to attain temporary peace. But, it becomes more refreshing and reviving if we can take a break and opt for the soothing Yoga activities. 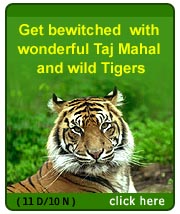 Yoga in India
Since time immemorial India has been the land of saints and sages who meditated and practiced yoga.
The spiritual city of Rishikesh happens to be the Yoga capital of India. Tourists flock to practice Yoga in the lap of the Himalayas in India. Rishikesh hosts the International Yoga Week every year in the month of February attracting several experts and participants. The trip to Rishikesh is incomplete without the visit to the Glasshouse on the Ganges, which was once a private garden retreat of Maharaja of Tehri Garhwal.

The Benefit of Yoga
Practicing Yoga is not just key techniques to recline you. They can be chosen to channelise your mind, revive your soul and keep your body fit. It is in the coordination of the – body, mind and soul, that the perfect state of composure can be attained. Yoga clubs the tempo of the body with the melody of the mind and the amity of the soul, to create the symphony of life.

The Yoga and Its Common Features
A sage, Patanjali, put forward yoga as a system of philosophy. The common form of Yoga is also referred to as the Ashtang Yoga, which comprises of eight basic features namely Yama, Niyama, Asana, Pranayama, Pratayahara, Dharna, Dhayan and Samadhi. Each feature has its own importance.

Asanas
Asanas are the various Yogic postures that are to be performed to keep the body healthy and fit.

Pranayama
Pranayama is one aspect of Yoga in which the management of the breath is covered.

Pratayahara
The feature of Pratayahara is practiced to relax the mind and alienate oneself from the five senses. 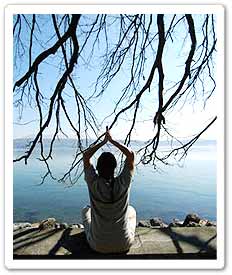 The final aspect of Samadhi refers to the ultimate state of oneness with God.

The Yoga Centres in India
There are several centers in India bringing the authentic forms of Yoga techniques within the reach of the common man. The Yoga tour in India aims at offering an introduction to the tourists about the yoga centres in India and the teachings and training of Yoga at these centres like Madras (Chennai), Rishikesh, Kerala, and Bihar. Yoga tour at the Yoga centres in India destroys the toxic properties of the body through purification of bowel, enemas, cleansing of the nasal passage and eyes.

Yoga Remedies
Even today, people practice the ancient art of Yoga religiously as it brings out the best in the person. Usually the common man practices Yoga for curing specific problems and taking remedies against the illness.

Yoga is also practised to cure the common modern day ailments like Asthma, Arthritis, etc. There are several asanas that can be practice to inculcate confidence and keep depression at bay. Attainment of the certain pose instructed in an asana makes the body supple.

Yoga & Ecosystem
Most of the medication systems are dependent on our environment. To produce medicines, some times, trees are cut or animals are injured. But, Yoga is one form of treatment that is truly Environment-friendly. Yoga is the Eco-friendly Way for Curing Ailments and providing treatments. Practicing Yoga is the only form of treatment, which does not harm any animal or plant to produce treatment. This form of treatment is very successful, if done with proper points. The practice of Yoga does not injure or harm our ecosystem.

Previous: Yoga 101: A Beginner’s Guide to Practice, Meditation, and the Sutras
Next: Yoga Retreat Information